Hey crypt dwellers, a new 0.3.0 update has been published for the ENCHAIN demo. As announced, Early Access has been delayed to 2022. I wanted to release yet another “final” demo update before the new year, with all the core redesigns I’ve worked on since summer. My goal was to fix all major issues and streamline gameplay to make the experience as pleasant as possible. I’m pretty happy with the state of the demo now, and I should be able to move on to making mostly new content again. The major changes are grouped into either Combat or Movement below.

Combat Overhaul Something I definitely wanted to polish up before release was the combat system. This was one of the earliest things I developed in the game, making it a couple years old by now. The roots have been stripped out and redone to be more fun to play with and less awkward.

Movement Features There were many movement quirks that players have had trouble with that I wanted to address before release. Fixing these really just required a bit more additions to the system, rather than uprooting everything. Except for the grapple hook pull.

And now, a few of the minor additions:

New Enemy: Ribble As teased previously, a new enemy has been in the works called Ribble. It was mainly intended for starter areas to widen the pool of enemy types a bit, so I ended up adding it in to the demo. You’ll find a handful of them in the crypt. They only have one move currently: an aggressive roll towards the player. They’re pretty easy to deal with in this state, hopefully in the future they’ll get another attack or two.

Barrels There are a few fully featured barrels in the demo now. Like coffin doors, they can be knocked around and thrown. The red ones are completely safe, not explosive or anything.

Chasm and Tutorial Improvements I’m sure it is clear that the Great Chasm is pretty undercooked compared to the crypt. I had some time to improve it a bit with more relevant challenges and minor layout adjustments. Most notably, I modified a very basic parkour section on the far end to be a brute arena with the key locked away. I do have other major changes I’m planning to make to the chasm in the full release, so stay tuned.

You’ll also see a bit more tutorial elements in the Crypt of Descent now. I wanted to have more explicit text shown for the most important mechanics. A couple of rooms are revamped, like the grapple hooking section or the rooms that introduce ribbles. Not really much different in terms of layout or visuals though. 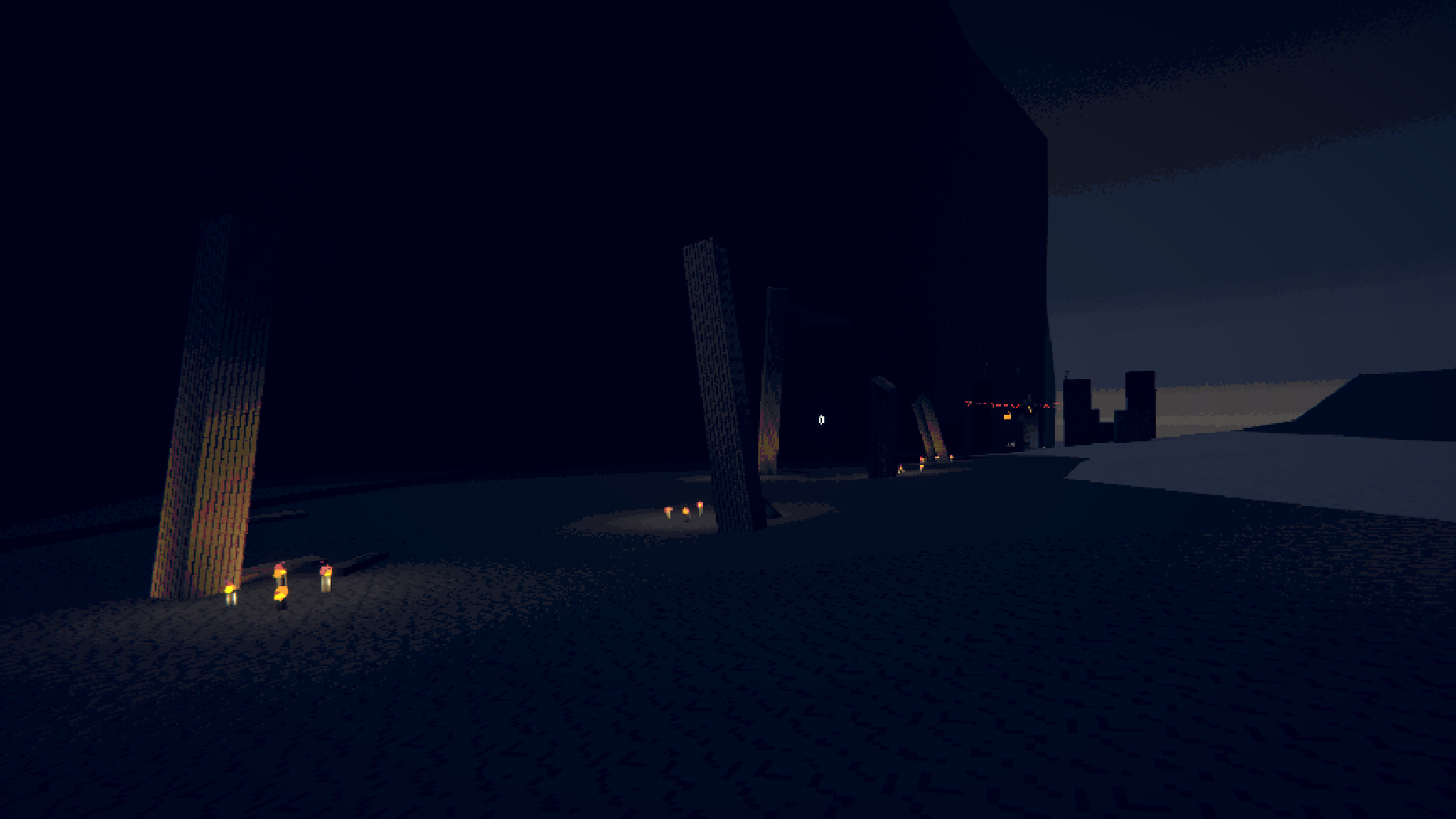 Improved Settings A few technical options have been added as requested. Things like resolution and an fps limit have been added to graphics, as well as an interpolation mode that should smooth out motion on higher refresh rate monitors. Speedrun mode has a quick restart button now, which I’m sure many will appreciate.

I’ve said it once before, but NOW this should be the last major demo update. Will be focusing on new content for Early Access again from now on.

I’m super appreciative of the understanding you all had with the delay announcement. I don’t respond to every comment on here but I do enjoy reading them. I also want to say it is insane how much the community has grown recently. I really appreciate the engagement and I’m happy that many of you like the demo.

Until the next major announcement, see my Twitter for progress videos and such.

Thank you all for your support, and for your patience on news about the full game.