A downloadable demo for Windows

Grapple, throw, and gib your way out of the afterlife in this retro FPS platformer.

You are the last corpse that will ever rise from the stone depths, dooming all creation to a ceaseless death. This underworld does not welcome you. Unlock the secrets of the crypt, take back life from your fleshless brethren, and fight your own way out of humanity's tomb.

Taking cues from Super Smash Bros. and Quake, with progression and verticality from the likes of Super Metroid and Dark Souls.

Travel carefully into new grounds, for checkpoints are few and far between. Only through a mastery of space and mortality will you realign the fate of the dead.

Amazing! The movement, combat and level design are so good!!! 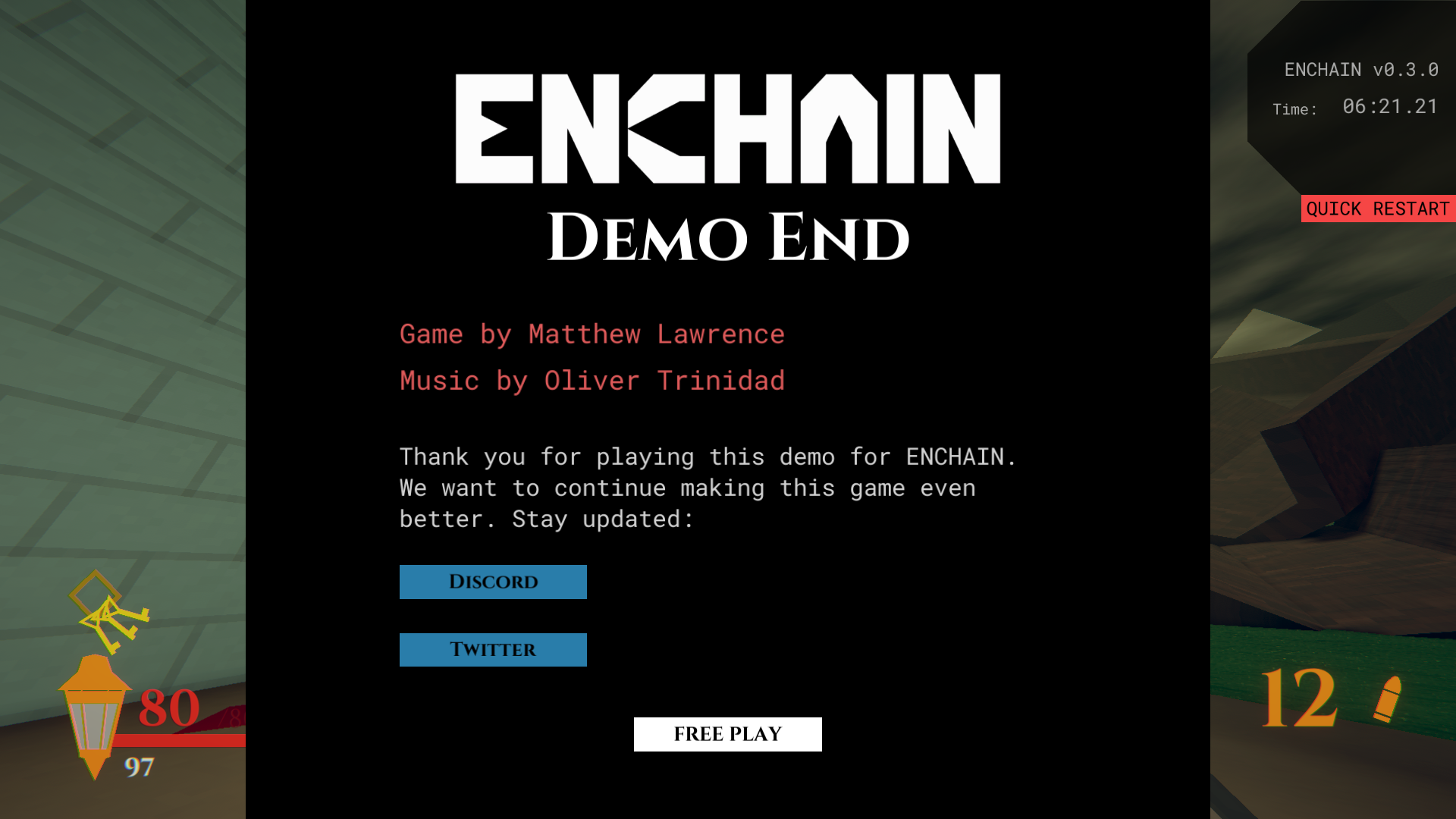 cool game, I passed this for 6 minutes 21 seconds

really addicting & good game when you have nothing else to do with your life.

10/10 recommended to play until your legs start cramping

I can tell this one will be a giant skill check for me, but I had a lot of fun with your demo!

I played it through the Spectral Mall, thus the thumbnail

The game is very cool but i would really like a endless horde mode , not tryna be a karen but i think it would add more to the game than just a story

Amazing game. I would love to see a combo meter

does it work with controller?

currently it has partial controller support as in: you can rebind keybinds to your controller in the settings menu.

I’ll try my best to make controller support better over time, but just know it’s always been designed for mouse+keyboard primarily. Some actions will feel weird on the controller

Haunted PS1 version. I would bring here after made all HPS1 games. But this one deserves to 1st impression (in portuguese, sorry).

Would it becomes a sort of "new" BLOOD game version? Tap in this video and feel it.

I am really not good at this, but I started getting the hang of it, now I find myself thinking about this game, I dont know but I feel like putting time getting decent at this would be rewarding like..quake or darksouls lmao Great work!

Hey! I played this in the Spectral Mall Demo Disc and included it in my roundup video. Starts around 0:54 (if you only want to see this game). Best of luck with the development!

the bottom and not the game

10/OUT OF FREAKING 10!!! YOU MADE A AWESOME AND I WOULD LOVE TO SEE MORE UPDATES PLEASE

How do you ADS (aim-down-sights)?

hold lmb on shotgun, and it's charge not aim down sight rly

Is there any plans to attempt a release on GOG? If not, I see you will fully release it on itch.io, will you also be updating it here alongside Steam?

thanks so much for uploading the latest demo! I cant wait to give it a go

Really enjoyed the demo. This is tons of fun. Is the full release coming to Itch.io?

Thanks! and yes it most likely will be on Itch.io for full release. Not sure yet for Early Access though

Great! Really looking forward to it.

Reply
Waldo with a sniper1 year ago(+2)

This is a master piece, I hope the launch of the game on steam goes well for you :)

Thank you it means a lot!

will the full version cost money?

Love that the game rewards you on exploring
already found the 6 keys pieces in the great chasm... also my thumb is hurting a lot

Absolutely wonderful, one of the best designed games that I've played in a while, a lot of indie games shoot for Super Metroid / Dark Souls I don't think I've played one yet that nails the gameplay design of those quite as well as this.

Nothing exists in a vacuum, EVERYTHING the player does has consequence, and it nails that mini metrovania / dark souls "skillful" level up feeling perfectly. The game doesn't get easier, you just understand it better. The game does a great job staying consistent with it's internal ruleset and rewarding you for understanding it better.

You memorize optimal bullet / whip / throw combos for low level enemies, you make decisions about whether you're going to quickly finish off an enemy with a quick shot or take a slightly more risky approach to harvest some ammo, later you might learn that you can do cool shit like take the time to harvest one enemy for ammo and use them to kill another enemy to more efficiently get more ammo.

I might just kind of suck but I wish that there was more unique markers of where you were. Obviously a full blown map would sacrifice a lot of the good feeling of exploration that the game has and discourage keeping a mental map of surroundings, but I think that if you're going for Dark Souls it would be nice if areas were named and there was a little area on the HUD that displayed the name of the current area / room that you're in.

This I think would be

Thank you for the feedback it really means a lot! It’s always great to read what people think about the game. I completely agree with your suggestion, I think it may have been an oversight that I didn’t add in some kind of unique name system for different checkpoints at the very least.

I understand feeling like that, I hope to make the game a bit more accessible in the full release using everyone’s feedback. That and I will eventually add some difficulty options!

i found the hand of the child hiding behind the Mountains lol, can`t wait to buy the full game, so freakin excited

Hee Hee I made it to the other side. 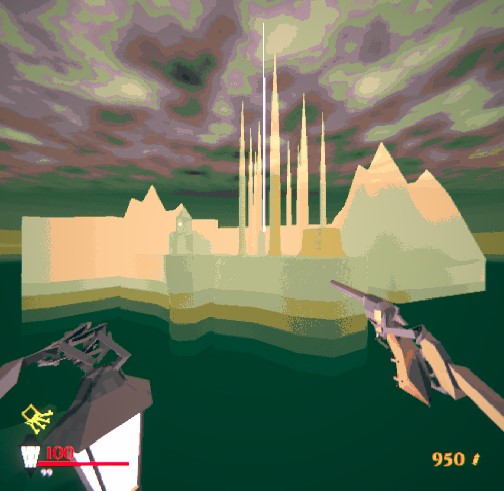 Pardon me for interrupting but.....

Oh and I also found this. It's what your supposed to use your chain on in the classic. 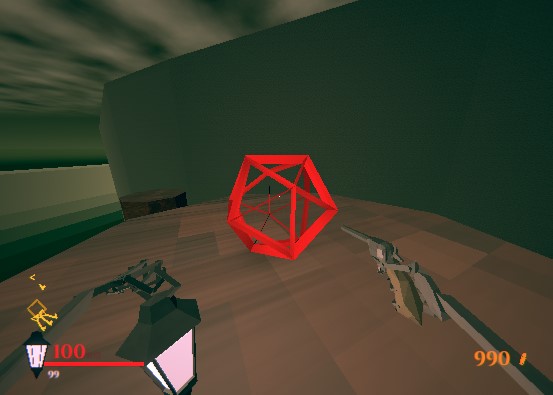 Nice finds! Both are easter eggs to things I’ve made in the past

Love the game, especially since it lets me explore areas that you typically aren't meant to explore. Good gunplay along with great but simple graphics. My only semi complaint is that I sorta didn't even realize you could go to the other side of this chasm (the side I took the picture from) so I beat the game without even having gone there, but that's just me being dense. I did at least realize I was missing an area since I could find shotgun shells but not the shotgun. 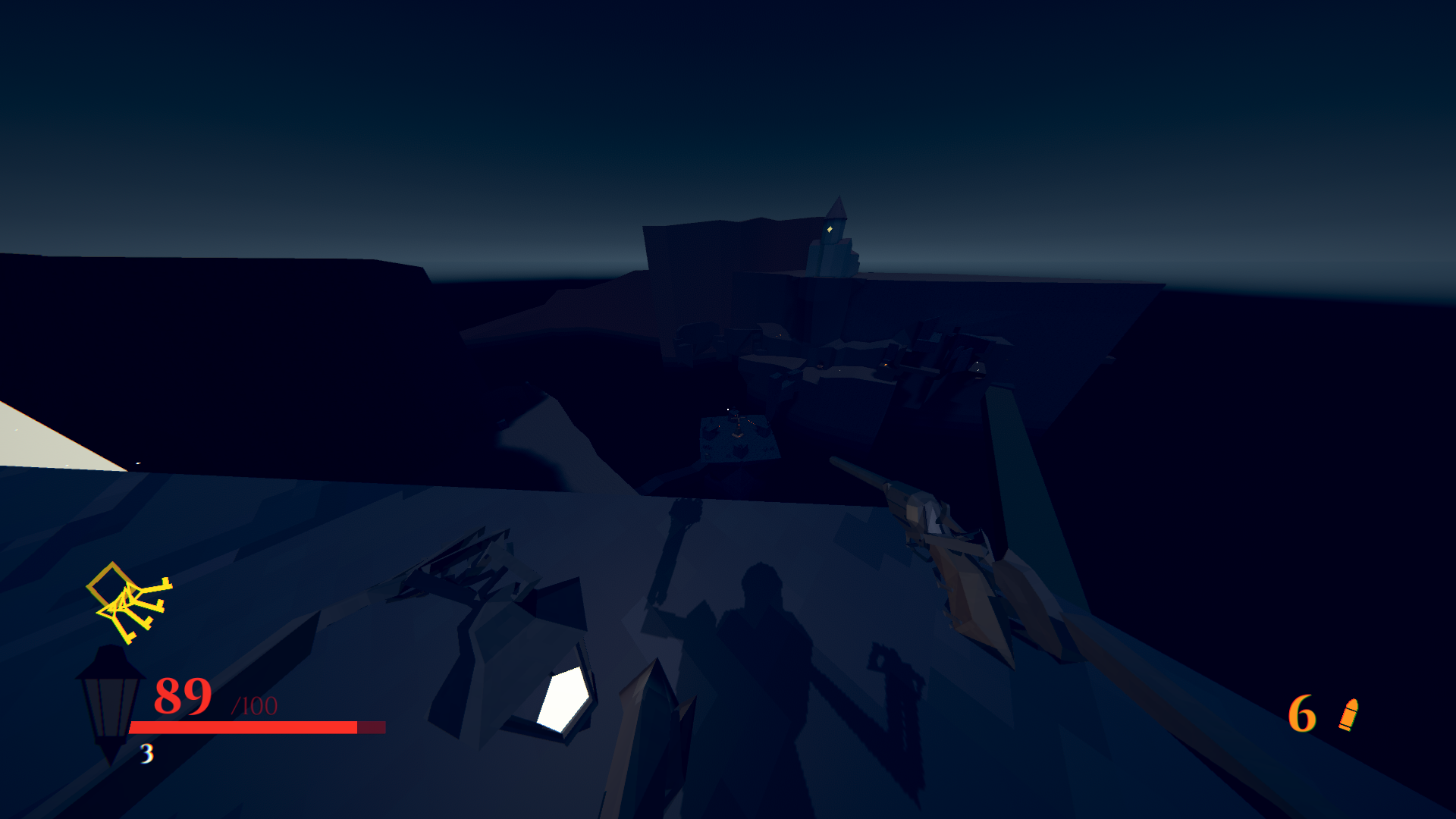 Thanks for the comments! It’s really cool that you enjoyed the exploration bits even if there is still room for improvement. The other side of the chasm is (in a way) optional content to beat the demo depending on how many key pieces you find in the crypt area. This is why the path to it is a bit unclear. It’s not your fault for missing it, in fact it’s even cooler that you went back and explored it anyways (that’s what the full game will feature more of).

the classic enchain was really awesome dude! and the level design looks awesome and reminds me of those old games that i have played when i was a young kid, i don`t know what to say about this game it`s just really awesome and fun!

Hey thanks! Demo is coming out very very soon so you’ll be able to try it out then. 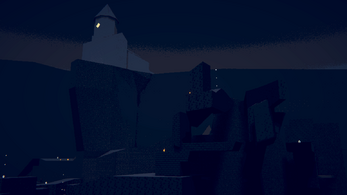 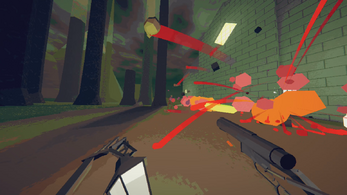 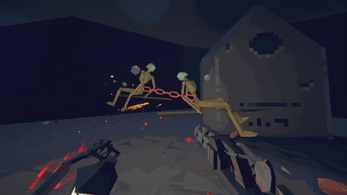 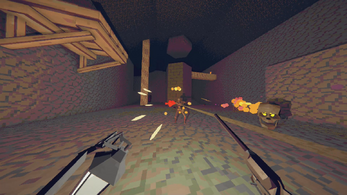