Hello everyone,
I've been keeping at it with Enchain lately and the game is slowly coming together. Here's some new progress screenshots, including new weapon and enemy prototypes as well as my first mock-up of a level:

(Above is a screenshot of a level mock-up I made very quickly, serving as an early preview of Enchain's environment.)

Below you'll see a new enemy type in action (calling it the Brute for now), both up close and going up against the rocket launcher weapon. 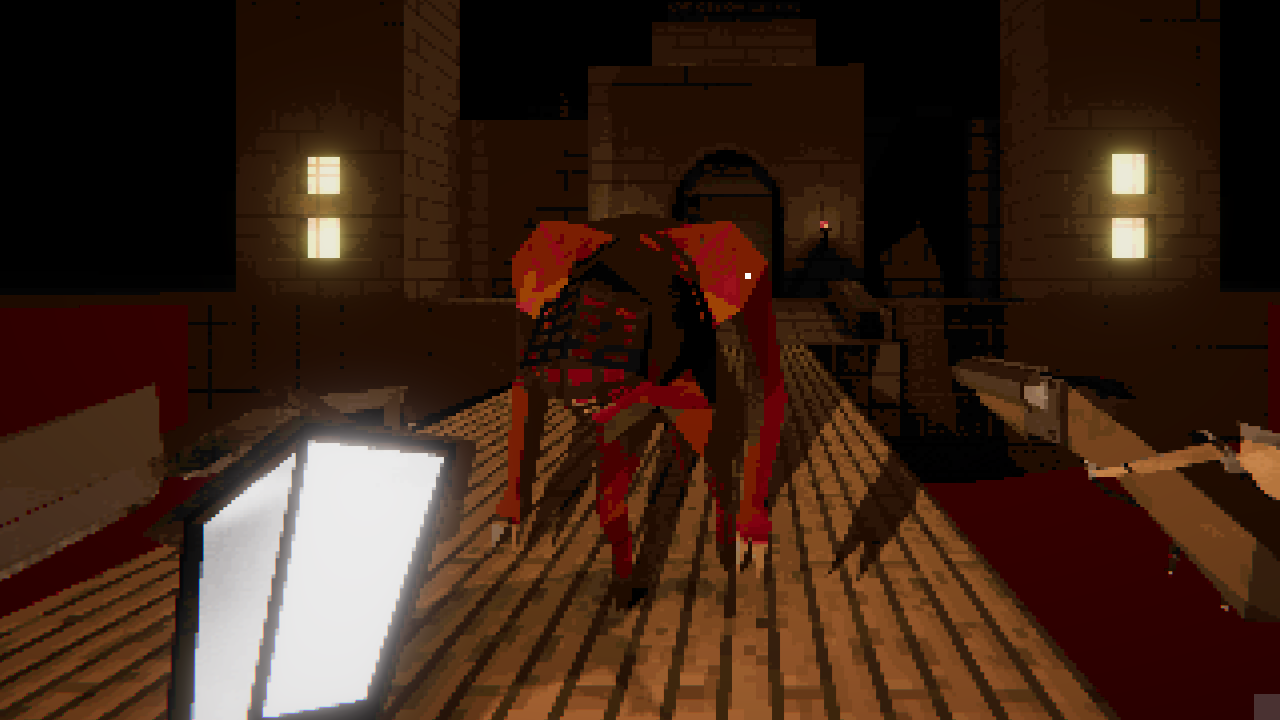 The brute has lots of hit points and can dash quickly for melee damage (the brute leaps a bit to high in this shot).

You'll notice in the HUD (still WIP) there's a "BURDEN" text field. This mechanic has yet to be re-implemented from the prototype, but it will be fundamentally reworked to serve the game's systems better than before. Stay tuned for that...

The most recent iteration of the rocket launcher model.

I should note that this launcher weapon as two fire modes—tap-fire grenades and charge-fire rockets—that have their own uses that I'm still balancing.

The skull enemies from the prototype getting a new look. 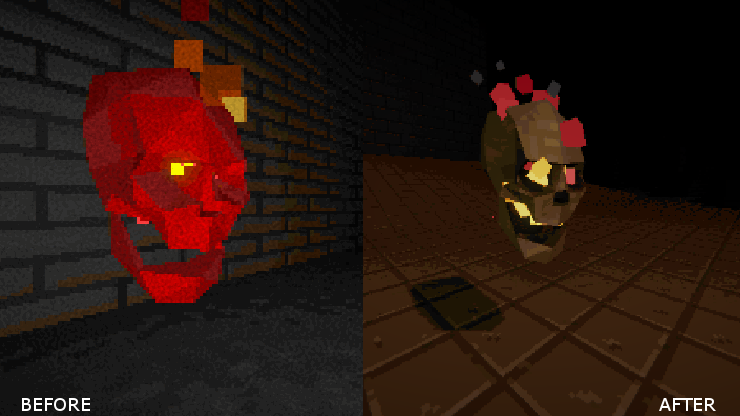 And just for fun, setting one shell to eject for every shotgun *pellet* fired.

So there's been a lot of changes and additions since the last post, and even more under the surface. Enemy AI has been reworked greatly, and lots of code has been cleaned up to allow for further growth of the game. The next steps include introducing some experimental systems and mechanics, such as the *burden* system.

Stay tuned in the coming weeks through Twitter; thanks for reading and until next time!